Donna Andresen, President of the Carter Society, was quoted in a CNN article on Robert Carter III, grandson of Robert "King" Carter. The article discusses the how Robert Carter III freed more then 500 slaves. Andresen discusses our 20 year reunion and the visit to Nomini Hall that is part of this year's reunion. 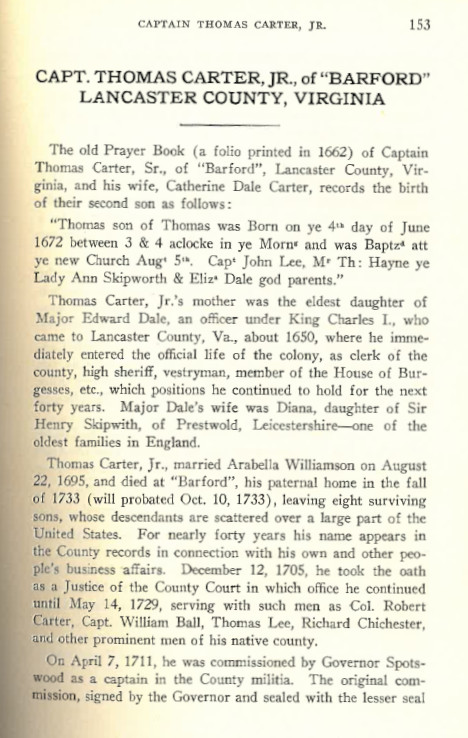 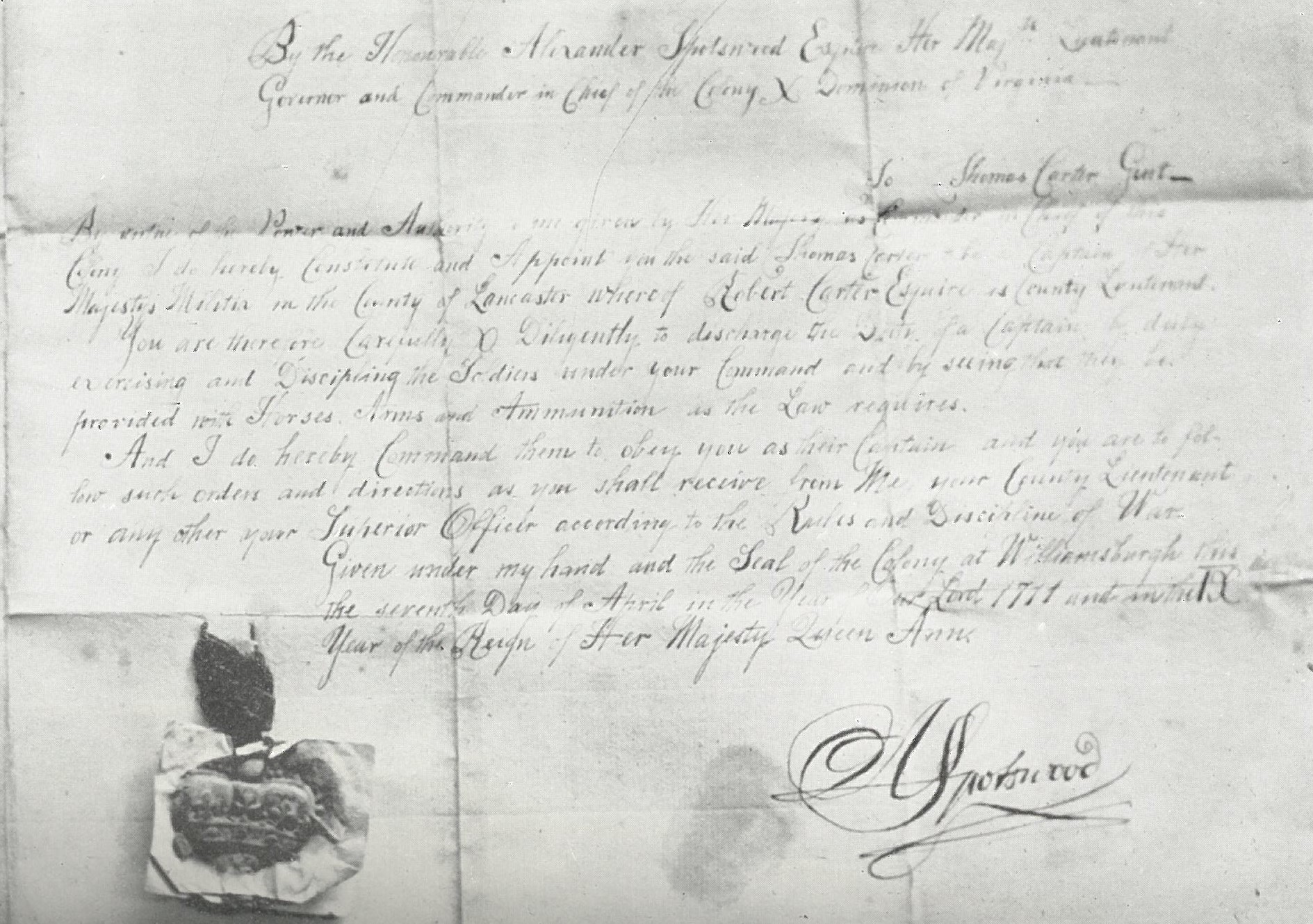 At the Carter Reunion in 2015, Bob Lumsden reported on an effort to do an archaelogical dig at the Thomas Carter home site. Other groups were also involved and the membership subsequently approved a contribution to support the project.

Bob has reported on the results of the project:

The Thomas Carter home site archaeological dig carried out by Dave Brown and Thane Harpole from Fairfield Foundation in Gloucester Virginia; and sponsored by The Carter Society of Colonial Virginia Carters, Mary Ball Washington Museum & Library, and Historic Christ Church & Museum in Lancaster County, was a great success. The sometimes threatening weather did not discourage at least 40 participants and observers from attending over the three day event. Many volunteers joined together as several teams under the direction of Dave and Thane to dig shovel holes down to the subsoil and sieve untold shovelfuls of loamy sand and clay through 1/4 inch mesh screens.

The 5 acre agricultural field was laid out at 50 foot or closer intervals with a transit, flagged and directionally numbered at each sampling location.  Excitement was heightened especially in the northwest corner of the large field owned by the Farley Family. Rupert and Bill Farley have been enthusiastically supportive of the project.  This corner of the field yielded hundreds of artifacts that were clearly identified as 17th and 18th century English, Dutch and German china fragments, earthen ware, pieces of locally made hand formed brick, pewter pieces, pieces of colonial clay pipes, flint and even a musket ball.

The artifacts clearly verify the earlier exploratory work done by the Mary Ball Archaeology Committee in the 1980s, and identify each as period items used by the Carter family occupants, a family of considerable means.  Toward the end of the 3-day activities, a "feature" hole dug down through topsoil 2 to 3 feet, discovered remains of a larger quantity of brick that could be part of or at least near the original mid-1600s Carter family home.  This feature may possibly be the focal point of a future expanded and more detailed study of the site.

An added bonus was an actively flowing spring in a nearby ravine that would have served as a water source and for dairy preservation.  It is within 100 feet of the possible home of Thomas Carter, his wife Katharine Dale Carter and their nine children that lived to adulthood; four children died in infancy.  Capt. Thomas Carter Jr. and Arabella Williamson Carter and later generations would have also lived in this home with their families.

A nearby site was also discovered that may have served as a family graveyard for several generations until all the original 500 acre plantation was sold out of the Carter family about 1780.  Volunteers with divining rod devices and a metal detector also contributed to the exciting archaeological survey discoveries.  All artifacts will be cleaned, identified and catalogued by Fairfield Foundation, to be later followed up by a detailed report of the survey findings and recommendations.

Bob has expressed his thanks to everyone in the Carter Society for their interest and support.

Photos from the Thomas Carter Dig

The Carter Society has made some recent changes in our By-Laws to make our membership a lot easier and streamlined the process to join and participate in our meetings and annual reunion.

We have instituted a two-part process for membership. The first step is to fill out the “Friends of the Carter Society” part one which can be filled out or download off our website and emailed to the Society. The $75.00 membership for your first year’s dues and application fee can be made on our PayPal link or mail your check to:

Once your Part 1 application has been received and dues paid- Our Membership Committee Chair will forward to you by email the Part-2 application which is for you to document your Carter family tree and provide the necessary supporting documentation.

The following articles have been added or updated on the website.

Help TCS when you shop at Amazon.

Visit the Contributions page to make a contribution to the Carter Society online using Paypal.